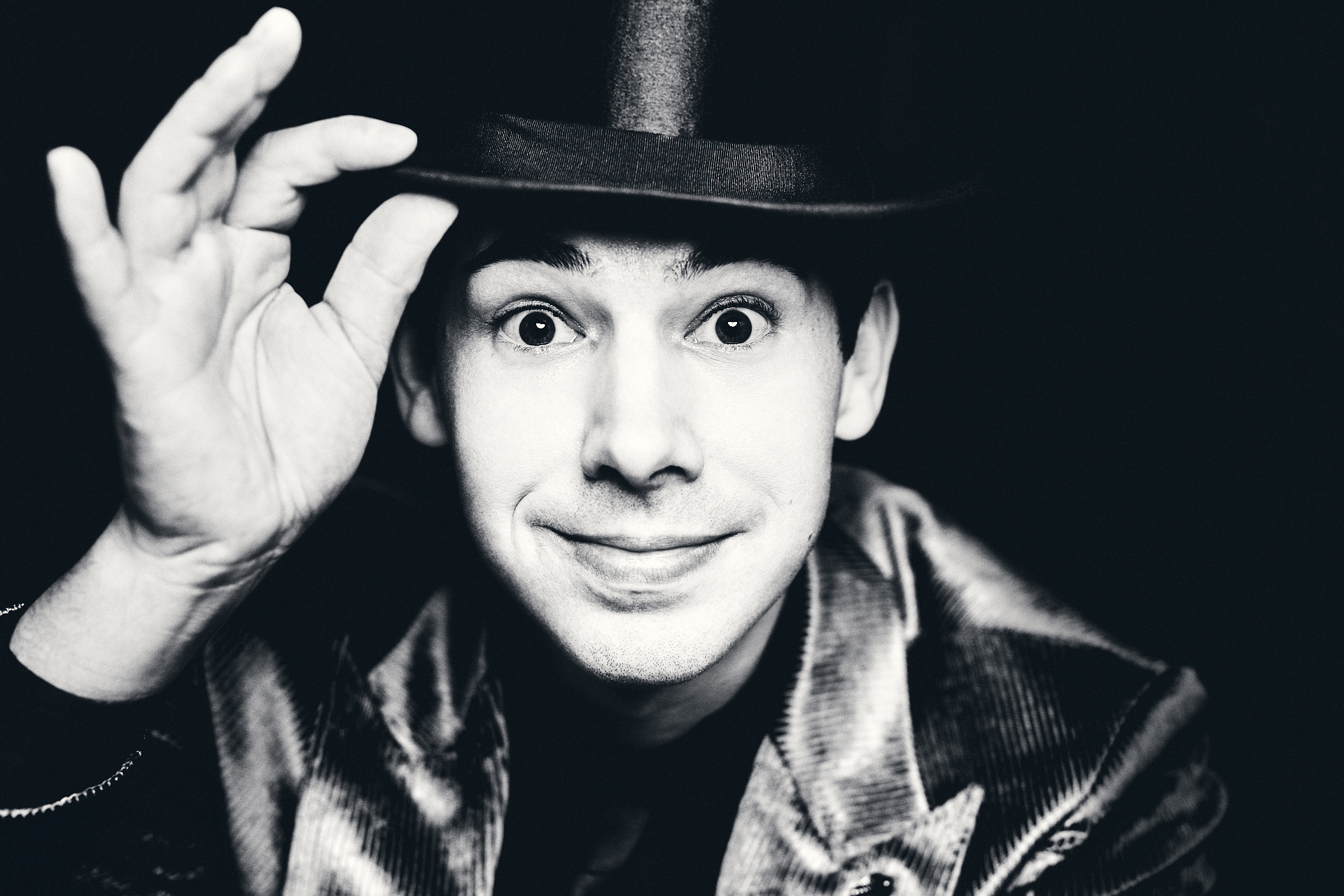 How did it all begin, your career in magic?

As a kid, I used to perform at every party and family gathering, because I loved thinking something up and then presenting it. Actually, it didn’t start with magic back then, but with sketches and little plays. Today, I never stop feeling glad that I made my passion into what I do for a living.

Did you have a magic set?

Yes, I was given a magic set as a kid, like many children at that age. I was immediately fascinated by doing magic, and when I was older, I studied books on the subject and recorded every magic programme on television. When I was 16, I became a member of the German Magic Circle, where I was helped and encouraged and was able to learn a great deal about this many-sided art. The fire that was kindled by a magic set is still burning. The only difference is that my magic set is a bit bigger nowadays.

What distinguishes you from other magicians?

I tell stories with my magic. Everything I do on stage has a meaning. It’s not just creating effects, but each piece of magic has its own “script”. This gives the magic a completely new dimension. Traditionally, magicians stand on the stage and do tricks – and the audience are left to ponder on how they did it. But I think that the magic should not be reduced to the secret, because magic is an art form in which the aim is to cause people to marvel. That’s what distinguishes my magic – making people marvel. I don’t want my audience to be part of a guessing game but to enjoy being amazed. That’s a wonderful feeling, and something that is all too often lacking in today’s world.

Who should watch your programme?

Anyone who likes laughing, who would like to be amazed, or enjoy poetical moments. In my programme, the audience experience much that is amusing and bizarre, but there are also quiet moments where the focus is on simply marvelling. That’s it really – everyone who wants to really marvel.

Do you have a role model?

I don’t have one main role model. But there are many artists whose work I greatly admire. They include musicians like David Bowie, actors like Johnny Depp, or directors like Tim Burton. I admire people who dedicate themselves wholeheartedly to their art and advance it further.

Do you develop all your ideas by yourself?

No, nowadays I work with a small, select team. I have sought out people who understand exactly what I am aiming for in my performances and who enjoy working with me on achieving this. They include an author with whom I work on the scripts, an advisor on trick techniques who helps me realise new magical effects, and a director who makes sure that the dramatic composition of the stories and my programme is right. And for everything that takes place off the stage and in the office, there is my management, who gives me great support and takes care of all the organization and official side of things.

How much Alexander Merk is there in what we get to see on the stage?

On the stage, I play an artificial character, but one based very closely on the real Alexander Merk. In other words, I don’t have to act someone totally different but some things are naturally a bit exaggerated. The fact that my imagination is the source of inspiration for what I do on the stage means that everything bears my personal signature.

What does your family say about your unusual profession?

My parents support me in every respect and are always the first to see a new performance. I attach great importance to their opinion. My parents have stood by me in my artistic career right from the start and they have always encouraged me in living my dream and making my passion into my job. Back in the early days, my father helped me build my first props in his workshop. He is very good with his hands, a talent I have inherited. But I still ask him today for advice on technical difficulties – so far, his often quite different perspective has always helped solve problems in an almost magical way.

What are your next objectives?

I would like to help make magic a bit more popular again in Germany. Magic shows feature far too rarely in German theatres or on television. In other countries, there is a real culture of magic, which is a regular part of theatre repertoires and television schedules. That’s why I keep working at my solo programme and try to show as many people as possible how beautiful the art of illusion is. I already do shows in some German theatres, but I am constantly on the lookout for other venues interested in including something out of the ordinary in their programmes besides the usual comedy and cabaret events.